RadarOpus comes with an up to date and very reliable version of the 1846 Therapeutic Pocket Book, edited by Peter Vint (Germany). This repertory is available in English and German.
In the Therapeutic Pocket Book from Bönninghausen, many rubrics have ‘Polar rubrics’ connected to them. Polar rubrics are the rubrics opposite to the patient’s symptoms. 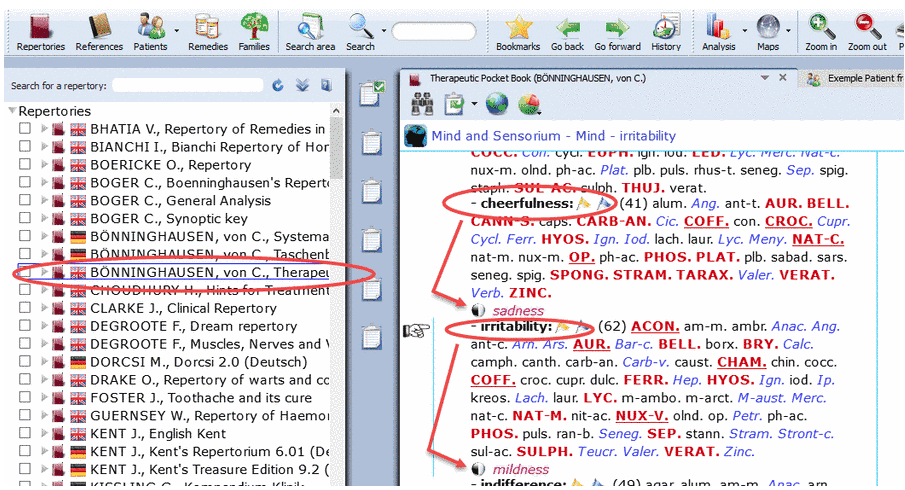 Polarity Analysis is a development of Boenninghausen’s concept of contraindications. It serves to determine in individual disease a healing probability for each homeopathic medicine in question.

* In this analysis, polar symptoms (opposite to the patient’s symptoms) are considered to increase the probability of certain remedies

* Only works when symptoms are taken from the English and German versions of the Therapeutic Pocket Book (b2, b2ge.300) as these contain polar symptoms

* When the user selects the patient’s symptoms (preferably in clipboard 1), RadarOpus automatically takes the corresponding opposite polar symptoms. The latter symptoms are displayed in a virtual clipboard, which is only visible when a polar symptom analysis is requested (in analysis window: click on the black-white circle icon).

* The virtual clipboard is automatically named “Opposite polar symptoms”. Clipboard 1 is named “Patient’s symptoms” except when the user has named the clipboard differently

* For now, the polar symptom analysis is available as a separate analysis module. Later on it will also be available as part of the Bönninghausen module. The other parts of this latter module are:

• Therapeutic Pocket Book (English or German, resp. b2, b2ger.300)
• Systematisch-alphabetisches Repertory (b4b7, German)
• Boger C. Bönninghausen Repertory (bg2, English)
• The wizard (Bönninghausen method). Only this wizard is not yet available in RadarOpus. As soon as programmed, it will be available for those who bought the B-module 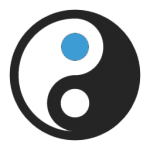 You need to be logged in to view this page